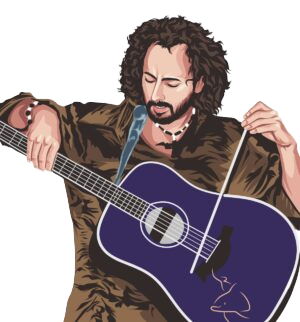 “Guitarist and self-described “sonic alchemyst” Scott Huckabay imbues his music with a shamanistic fervor, drawing from a vast palette of tones, techniques, and tunings to create rich, otherworldly, acoustic-trance soundscapes. His compositions embrace the healing, transformative power of music where his guitar is a sacred instrument that celebrates the ultimate possibilities of life. Huckabay’s distinctive fusion of rock, folk, world-beat, and blues also incorporates a violin bow, E-Bow, foot percussion, guitar loops and diverse forms of string sliding.
Scott Huckabay is rapidly gaining widespread recognition as the “Universal Guitarist for the Spiritual Renaissance.” He never played guitar before a motorcycle accident left him partially paralyzed in Arizona. His life dramatically changed after making a pact with God/Creator the moment before he hit the highway crashing at high speeds. He woke up from being unconscious with a guitar mysteriously laid by his feet. As Scott touched the instrument, music began streaming through him. Experimenting like no guitarist would learn or imagined, Scott hit, kicked, scraped and shook the instrument all over to pioneer novel ways to play the music he heard inside. Strumming, picking, slapping and bowing the strings were used for his accompaniment. The ensuing year, for his own healing and musical mastery, he communed daily with dolphins and whales in Hawaii, listening and learning their hydro-sonic secrets. His guitar became a physical extension, therapeutic invention, and spiritual blessing for Scott and civilization.” -Dr. Len Horowitz